We have it all for YOU!!

Dance for all levels, and ages.

Weather you have a special occasion or wedding coming up, want to share more quality time with your loved one, want a fun way to improve your health and fitness, want to meet new friends, just want to learn something fun and different, or have always wanted to dance but for whatever reason didn’t.

Now is the time to start!!!

We are waiting to get you started on your dance journey. Enroll today!! 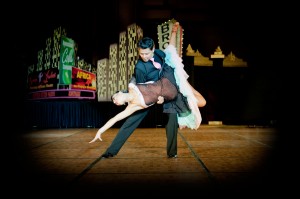 Mr. Jaime was born in New York City. His dance training started at the age of 4 under the tutelage of his Grandmother, Benita Campuzano. A Tango Argentine Dancer herself,  she introduced him at 12 years old to the world of dance, taking him to the world famous Roseland Ballroom. At age 15, he was inspired by a Pierre Dulaine and Yvonne Marceux performance. This started his journey into Ballroom Dancing. Against popular belief at the time, his love for dance inspired him to try to be as complete a dancer as possible instead of specializing in one dance or style. Mr. Jaime won several prestigious dance competitions at Roseland and started competing all around the Tri-State area. He won numerous competitions and 2 World Titles in salsa and the hustle, and numerous more in theatre arts. In his career, he has competed in both International and American Style, Cabaret, Show Dance and Theatre Arts, winning titles in each respectively.

His certification started with Arthur Murray International,  where he was fully certified in all styles of ballroom as well as achieving ranks of dance director, supervisor, and manager. He then turned his attention to the independent world of Ballroom Dancing. He is a Licentiate member of The USISTD (United States Imperial Society of Teachers of Dancing; his fellow status is pending his retirement from competition), NADTA (North America Dancesport Teachers Association), PDF (Professional Dancers Federation), and NDCA (National Dance Council of America).

Mr. Jaime has a Bachelor of Science in Business Management. This combined with his vast knowledge, experience, and training in dance has made him an excellent teacher, coach, judge, and professional. He is well respected and highly regarded throughout the USA as one of the top Pro-Am teachers in the nation. He has won numerous Top Teacher and Top Studio awards and has produced many USA Pro-Am champions in all styles.

In his capacity for business, Mr. Jaime has excelled and has achieved great success in managing and directing dance studios in New York. He hopes to add one more success story here in his new home, Hawaii. Mr. Jaime is currently the proud Owner/Director of Divino Ritmo Dance and The Aloha Dancesport Center. 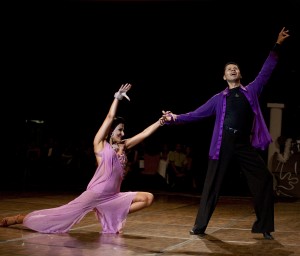 Mrs. Jaime Samkova was born in Prague, Czech Republic. She started Ballet at age 6 and later joined a contemporary school of dance for 4 years. At age12 she began competing as an amateur in International Latin and Standard Ballroom dance.

In 2000, Mrs. Jaime Samkova moved to the USA, where she met her husband and Dance Partner Mr. Lucas Jaime. Although temptation was there to compete in the Latin style, they ultimately decided on American style. She wanted to master this new world of dance, so she added Theatre Arts, Cabaret, and Showdance, as well as Hustle and Salsa to her repertoire. She was able to master these new techniques quickly and immediately success followed. She has performed all over the USA and the world, earning many accolades as well as numerous Titles and Championships.

Mrs. Jaime Samkova Graduated with Honors from Palacky University (CZ) with a major in Sociology and a Minor in Human Resource Management. She also holds a Certificate in Sport Psychology from Ashworth University (USA).  With this knowledge, vast experience, and expertise in dancing, she has molded herself into one of the top female Pro-Am teachers in the USA, as well as being an excellent coach, choreographer and judge. She has won numerous Top teacher awards. In addition, her students have excelled and have won numerous scholarships as well as top student awards.

Her dance Certification started in Europe in 1997, when she received her international dance sport adjudicator license by the WDC (World Dance Council) and DSC. Later in the USA, she became a member Of PDF (Professional Dancers Federation), NADTA (North America Dancesport Teachers Association), NDCA (National Dance Council), and is a Licentiate member of USISTD (United States Imperial Society Teachers of Dancing. Fellow status is currently being pursued).

Mrs Jaime Samkova also excels in business and is the founder and President of Hawaii Dancesport, Inc., a non-profit, dance scholarship program with the mission of supporting and promoting ballroom dancing for children and youth in the State of Hawaii. She also is instrumental in running the successful Divino Ritmo Dance Grand Ball, as well as the Aloha Dancesport Center and The Divino Ritmo School of Dance.

There are no upcoming events.